Jump to region and choose your preferred country / region

Switch to your chosen country or regional website and discover our services for each location. You will have a choice of different languages.

For more information about our global services and offers, visit Rhenus.Group.

Joburg, Jozi, Jo’burg, Joeys or eGoli (Zulu for ‘City of Gold’) – Johannesburg has many names. The city looks back on an eventful history: founded by gold miners, through the Boer Wars and the times of racial segregation, today the metropolis is a melting pot of cultures and, as the capital of the ‘Rainbow Nation’ and a symbol of the lively and passionate African way of life, a magnet for visitors and tourists from all over the world.

The ‘City of Gold’ is a name of Johannesburg that refers to the founding history of what is now South Africa’s largest city with eight million inhabitants. The first settlers discovered one of the world’s largest gold deposits in the Witwatersrand, west of Johannesburg, in 1886. Today, two of the eight largest gold mines in the world are still located within a 50-kilometre radius of the city.

Some Johannesburg residents say you can ‘walk on gold’ in their city – there is some truth to this: the overburden from the mines was used to build the roads and pavements. This still contained gold particles that were so small that they could not be extracted with the prevailing mining technology in the early 1900s. So parts of Johannesburg’s pavement actually contain the valuable precious metal.

But it is not only the gold that makes Johannesburg a magnet for people. The climate with an average of 265 days of sunshine (3,182 hours) a year creates an attractive environment for all those who enjoy good weather. The favourable climatic conditions are also a reason why visitors are always surprised at how green Johannesburg actually is. With over ten million trees, the city is one of the largest urban man-made forests in the world. A real insider tip here is to visit Northcliff Hill, one of the best viewpoints in Johannesburg – especially worthwhile in October, when the jacaranda trees wrap the city in a beautiful purple cloud.

Johannesburg is the economic capital of Southern Africa and, with the headquarters of Africa's largest stock market, the Johannesburg Stock Exchange (JSE) in Sandton, an important economic centre. Together with the neighbouring metropolitan municipality of Tshwane, which is also home to South Africa's capital, Pretoria, Johannesburg forms one of the 50 largest urban areas in the world.

With OR Tambo International Airport, the metropolis has an important air cargo hub and gateway for sub-Saharan Africa with a capacity of 650,000 cargo tonnes and 28 million passengers per year. Many shipments are transported across borders to southern Africa. Johannesburg thus offers optimal conditions for the settlement of national and international companies, also from the logistics sector.

With over 20 years of experience in the region and 50,000 square metres of warehousing space in all major centres, Rhenus offers a one-stop-shop solution including freight forwarding, express and supply chain management solutions to customers. The headquarters of Rhenus Middle East & Africa are in close proximity to the airport and recently opened a high-value airside facility that allows the team to draw cargo directly from the carrier at OR Tambo International.

Worth a visit: Soweto Tour

Explore Soweto (South Western Townships) including Vilakazi Street: here you will find Nelson Mandela’s former home, the Orlando Towers and the Hector Pieterson Museum. The best way to plan the tour is by bike!

On the trail of resistance against apartheid

The Apartheid Museum documents the dark times of racial segregation in South Africa. Not far away is the Gold Reef City amusement park, where mining history comes alive on an underground tour of an old gold mine.

The Cradle of Humankind

A journey to the past. Some of the oldest human fossils were found just outside Johannesburg. The interactive Cradle of Humankind Museum and Tour take you back to the dawn of humankind.

Places to visit around Joburg

On safari in Kruger National Park. Observe lions, elephants and other African wildlife in their natural habitat.

Blyde River Canyon and God’s Window. The oldest canyon in the world is one of the great natural wonders of Africa, and has left behind some of the most breathtaking views imaginable. Especially popular with tourists: the God’s Window viewpoint.

Drakensberg Mountain Range. Translated into English, these would be called the Dragon Mountains – with a height of up to 3,500 metres, they are the highest mountains in southern Africa and thus guarantee sublime views.

Located in the middle of the famous Vilakazi Street in Soweto, Johannesburg, this family-friendly restaurant offers culinary adventures for local, national as well as international guests.

Marble Restaurant Fine BBQ dishes above the rooftops of the city

Enjoy the view from the roof terrace paired with fine food - prepared over an open flame.

Africa meets Asia - a hot liaison, as the tasty dishes are prepared over an open fire!

Sun deck and live music set the tone for an authentic Pan-African menu. Be sure to get your make-up done the traditional way while you enjoy the atmosphere.

Thunder Gun A must for spare rib fans

Pub and steak house in one with – no doubt – the best ribs in Johannesburg!

Johannesburg is home to many great flea and street markets. Here you can experience the tastes, moods and sounds of the city like nowhere else.

The best markets are:

There are few songs about Johannesburg, but many artists come from there and their compositions shape the typical sound of the city.

If you want to listen to Johannesburg, the following songs are recommended:

Quite a few famous personalities hail from Johannesburg, the most famous being:

Discover the international logistics solutions of the Rhenus Group. 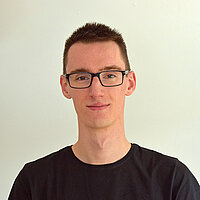 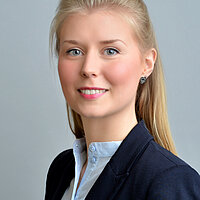 A very interesting article with great insights and facts!

The ‘climate clock’ keeps ticking: e-mobility in logistics is a topic that is increasingly gaining…

Cross-border trucking between China and Europe

Delivering goods reliably, safely and on time – over a distance of approx. 13,000 kilometres: there…

A drone in action: Future stocktaking

Short product cycles, high implementation speeds and enormous demands on the adaptability of all…

On the road to success with RPA

Automated processes, digital technologies and intelligent use of data create strong advantages for…

The catchphrase is future mobility: as of the year 1990, emissions caused by traffic in Europe were…